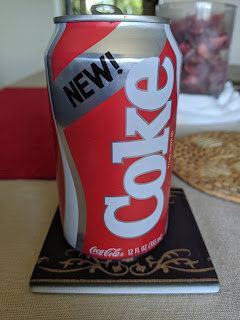 I’m writing this post in what Google is euphemistically referring to as an improvement. I don’t understand this. I managed to ignore New Blogger for a few weeks but Google’s ability to fark stuff up has the same air of inevitability as rotting corpses. Perhaps on mobile devices it’s better, and even that is a matter of preference, but it’s space-inefficient on desktop due to larger buttons and fonts, it’s noticeably slower, it’s buggy, and very soon it’s going to be your only choice.

My biggest objection, however, is what they’ve done to the HTML editor. I’m probably the last person on earth to do so, but I write my posts in raw HTML. This was fine in the old Blogger interface which was basically a big freeform textbox you typed tags into manually. There was some means to intercept tags you didn’t close, which was handy, and when you added elements from the toolbar you saw the HTML as it went in. Otherwise, WYTIWYG (what you typed is what you got). Since I personally use fairly limited markup and rely on the stylesheet for most everything, this worked well.

The new one is a line editor … with indenting. Blogger has always really, really wanted you to use <p> as a container, even though a closing tag has never been required. But now, thanks to the indenter, if you insert a new paragraph then it starts indenting everything, including lines you’ve already typed, and there’s no way to turn this off! Either you close every <p> tag immediately to defeat this behaviour, or you start using a lot of <br>s, which specifically defeats any means of semantic markup. (More about this in a moment.) First world problem? Absolutely. But I didn’t ask for this “assistance” either, nor to require me to type additional unnecessary content to get around a dubious feature.

But wait, there’s less! By switching into HTML view, you lose ($#@%!, stop indenting that line when I type emphasis tags!) the ability to insert hyperlinks, images or other media by any other means other than manually typing them out. You can’t even upload an image, let alone automatically insert the HTML boilerplate and edit it.

So switch into Compose view to actually do any of those things, and what happens? Like before, Blogger rewrites your document, but now this happens all the time because of what you can’t do in HTML view. Certain arbitrarily-determined naughtytags(tm) like <em> become <i> (my screen-reader friends will be disappointed). All those container close tags that are unnecessary bloat suddenly appear. Oh, and watch out for that dubiously-named “Format HTML” button, the only special feature to appear in the HTML view, as opposed to anything actually useful. To defeat the HTML autocorrupt while I was checking things writing this article, I actually copied and repasted my entire text multiple times so that Blogger would stop the hell messing with it. Who asked for this?? Clearly the designers of this travesty, assuming it isn’t some cruel joke perpetuated by a sadistic UI anti-expert or a covert means to make people really cheesed off at Blogger so Google can claim no one uses it and shut it down, now intend HTML view to be strictly touch-up only, if that, and not a primary means of entering a post. Heaven forbid people should learn HTML anymore and try to write something efficient.

Oh, what else? It’s slower, because of all the additional overhead (remember, it used to be just a big ol’ box o’ text that you just typed into, and a selection of mostly static elements making up the UI otherwise). Old Blogger was smart enough (or perhaps it was a happy accident) to know you already had a preview tab open and would send your preview there. New Blogger opens a new, unnecessary tab every time. The fonts and the buttons are bigger, but the icons are of similar size, defeating any reasonable argument of accessibility and just looks stupid on the G5 or the Talos II. There’s lots of wasted empty space, too. This may reflect the contents of the crania of the people who worked on it, and apparently they don’t care (I complained plenty of times before switching back, I expect no reply because they owe me nothing), so I feel no shame in abusing them.

Most of all, however, there is no added functionality. There is no workflow I know of that this makes better, and by removing stuff that used to work, demonstrably makes at least my own workflow worse.

So am I going to rage-quit Blogger? Well, no, at least not for the blogs I have that presently exist (feel free to visit, linked in the blogroll). I have years of documents here going back to TenFourFox’s earliest inception in 2010, many of which are still very useful to vintage Power Mac users, and people know where to find them. It was the lowest effort move at the time to start a blog here and while Blogger wasn’t futzing around with their own secret sauce it worked out well.

So, for future posts, my anticipated Rube Goldbergian nightmare is to use Compose view to load my images, copy the generated HTML off, type the rest of the tags manually in a text editor as God and Sir Tim intended and cut and paste it into a blank HTML view before New Blogger has a chance to mess with it. Hopefully they don’t close the hole with paste not auto-indenting, for all that’s holy. And if this is the future of Blogger, then if I have any future projects in mind, I think it’s time for me to start self-hosting them and take a hike. Maybe this really is Google’s way of getting this place to shut down.

(I actually liked New Coke, by the way.)

California to Require All New…

A New Open-Source Tool for…

Opening eyes to a frontier…